Potential Therapeutic Role of Carnitine and Acetylcarnitine in Neurological Disorders. 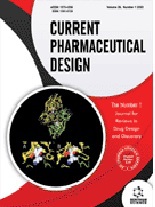 Potential Therapeutic Role of Carnitine and Acetylcarnitine in Neurological Disorders.

Background: Current therapy of neurological disorders has several limitations. Although a high number of drugs are clinically available, several subjects do not achieve full symptomatic remission. In recent years, there has been an increasing interest in the therapeutic potential of L-carnitine (LCAR) and acetyl-L-carnitine (ALCAR) because of the multiplicity of actions they exert in energy metabolism, as antioxidants, neuromodulators and neuroprotectors. They also show excellent safety and tolerability profile.

Objective: To assess the role of LCAR and ALCAR in neurological disorders.

Methods: A meticulous review of the literature was conducted in order to establish the linkage between LCAR and ALCAR and neurological diseases.

Results: LCAR and ALCAR mechanisms and effects were studied for Alzheimer's disease, depression, neuropathic pain, bipolar disorder, Parkinson's disease and epilepsy in the elderly. Both substances exert their actions mainly on primary metabolism, enhancing energy production, through β-oxidation, and the ammonia elimination via urea cycle promotion. These systemic actions impact positively on the Central Nervous System state, as Ammonia and energy depletion seem to underlie most of the neurotoxic events, such as inflammation, oxidative stress, membrane degeneration, and neurotransmitters disbalances, present in neurological disorders, mainly in the elderly. The impact on bipolar disorder is controversial. LCAR absorption seems to be impaired in the elderly due to the decrease of active transportation; therefore, ALCAR seems to be the more effective option to administer.

Conclusion: ALCAR emerges as a simple, economical and safe adjuvant option in order to impair the progression of most neurological disorders.