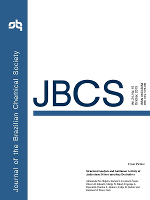 Insect pheromone research has a long and rich history built up primarily by studies conducted in the Northern hemisphere. Not surprisingly, these studies have largely targeted species relevant to these regions of the world, for the most part agricultural and forest pests. Pheromone research in South American countries came a few decades behind, albeit their strong dependence in agriculture and therefore in pest management. In the last 20 years, a combination of economic, environmental and technical factors have come together to generate a small but rising number of chemical ecologists working in pheromone chemistry and biology in South America. In this article we summarize the results of this trend. We review pheromone studies in which South American scientists have participated in collaboration with foreign scientists, mostly chemistry groups, as well as the ever-growing number of studies carried out completely within the region. We have focused mainly in research involving the characterization of pheromones from native species, which involve the most important insect orders, namely Lepidoptera, Coleoptera, Heteroptera and Hymenoptera. We also present a simple meta-analysis including geographical distribution, trends in collaborative or independent work, and a 20-year evolution of published articles in the field. Finally, we emphasize the importance of a coordinated effort to further promote the growth of this field in Latin America, through the endorsement of international collaborations within the region. Such goal would be facilitated by a regional academic organization, which would in turn initiate the occurrence of regular scientific meetings.