A Reinvestigation of the Deceptively Simple Reaction of Toluene with OH, and the Fate of the Benzyl Radical. The “Hidden” Routes to Cresols and Benzaldehyde. 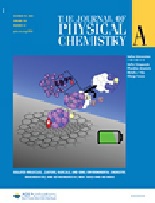 A Reinvestigation of the Deceptively Simple Reaction of Toluene with OH, and the Fate of the Benzyl Radical. The “Hidden” Routes to Cresols and Benzaldehyde.

In a previous work, we have investigated the initial steps of the reaction of toluene with the hydroxyl radical using several quantum chemical approaches including density functional and composite post-Hartree-Fock models. Comparison of H-abstraction from the methyl group and additions at different positions of the phenyl showed that the former reaction channel is favored at room temperature. This conclusion appears at first sight incompatible with the experimental observation of a lower abundance of the product issuing from abstraction (benzaldehyde) with respect to those originating from addition (cresols). Further reactions of the intermediate radicals with oxygen, water and additional OH radicals are explored in this paper through theoretical calculations on more than 120 species on the corresponding potential energy surface. The study of the addition reactions, to obtain the cresols through hydroxy methylcyclodienyl intermediate radicals, showed that only in the case of o-cresol the reaction proceeds by addition of O2 to the ring, internal H-transfer and hydroperoxyl abstraction, and not through direct H abstraction. Both for p- and m-cresol instead the reaction occurs through a higher energy direct H-abstraction, thus explaining in part the observed larger concentration of the ortho isomer in the final products. It was also found that the benzyl radical, formed by H-abstraction from the methyl group, is able to react further if additional OH is present. Two reaction paths leading to o-cresol, two leading to pcresol and one leading to m-cresol were determined. Moreover, in this situation, benzyl radical is predicted to produce benzyl alcohol, as was found in some experiments. The commonly accepted route to benzaldehyde was found to be not the energetically favored one. Instead, a route leading to benzoyl radical (and ultimately to benzoic acid) with the participation of one water molecule was clearly more favorable, both thermodynamically and kinetically.
2.11.0.0
2.11.0.0
2.11.0.0
2.11.0.0