Emoji in open-ended questions: A novel use in product research with consumers 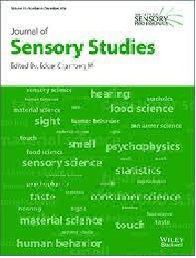 Emoji in open-ended questions: A novel use in product research with consumers

The aim of this work was to explore the inclusion of emoji in open-ended descriptions in food-related consumer research. A total of 119 consumers evaluated six samples of chocolates of different flavors using an open-ended question with the option of including emoji if desired. A list of 39 emoji were available to include in the responses. The great majority of the participants used emoji to describe at least one of the chocolate samples. Although up to 12 emoji were used in product descriptions, the great majority of responses included one or two emoji. Emoji were mainly used to emphasize information that was also expressed in the text, but in 20% of the responses that included emoji at least part of the meaning was conveyed exclusively by emoji. Furthermore, emoji were used to convey a wide range of meanings, from hedonic reactions to the product to emotional and conceptual associations. Practical Applications This research presents a new methodological variant of open-ended questions, in which participants are given the option to include emoji in their product descriptions. Results showed that consumers indeed use emoji in their responses to convey a wide range of meanings, which suggests that this alternative is probably regarded as “natural” and could enhance consumer engagement during product evaluation. Hence, the use of emoji in open-ended questions seems to be a good methodological alternative
2.11.0.0
2.11.0.0
2.11.0.0
2.11.0.0
2.11.0.0